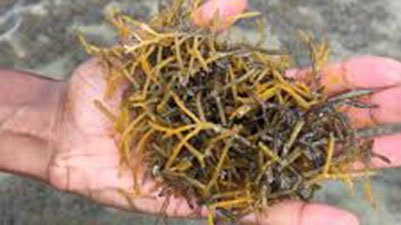 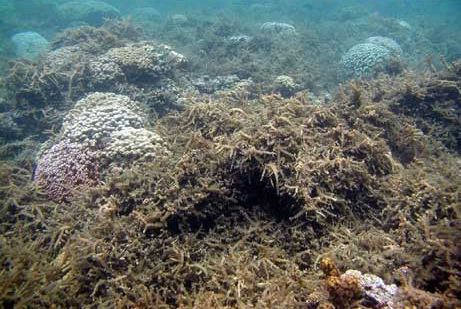 Lynker has partnered with non-profit stewardship organization, Mālama Maunalua (MM), to remove several species of invasive alien algae (IAA) in Maunalua Bay. Mālama Maunalua has continuously monitored the IAA: Gorilla Ogo, Leather Mudweed, and Prickly Seaweed, in the Paiko Restoration Area to help measure and keep track of the effectiveness of the huki (hand removal) program. And now thanks to a National Fish and Wildlife Grant, Lynker has partnered with MM to take this restoration effort to the next level.

Using an aquatic vacuum pump system mounted on a kayak barge (the AquaVac), Lynker technicians are removing the IAA from areas further from shore than what was accessible to the huki program, increasing the restoration area. Teams of at least four Lynker technicians go out in the bay when the tide is appropriately low and use the AlgaeVac to suck up the invasive species. The algae is then bagged and transported to local farmers in the same ahupua‘a, or traditional land division, to use as fertilizer. We expect to have our technicians removing IAA for 100 days over the next six months.