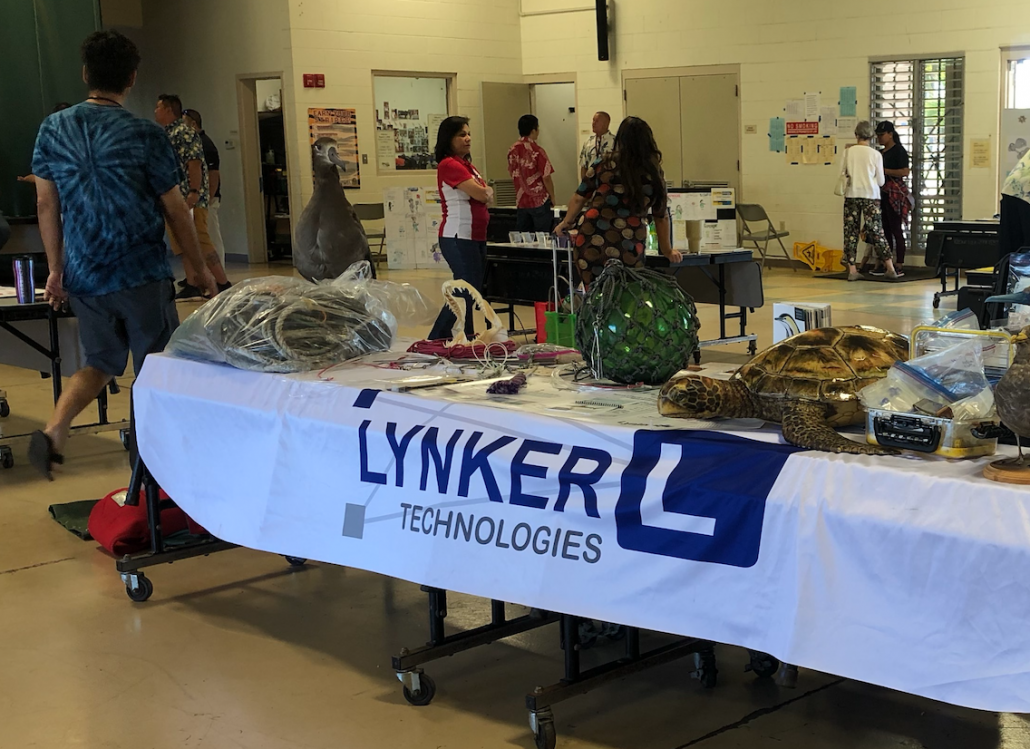 Lynker’s Observer Program Port Coordinator, Erin Emanuel, made a big splash at the Keoneula Elementary School Career Day, held May 10, 2019. Erin was one of 30 guest speakers sharing what they do with over 170 third graders (including Erin’s twins) and hosting tables and demonstrations in the cafeteria. Erin’s talk and table focused on marine science, and included life sized models of turtles, fish, and birds found in the Greater Pacific as well as the gear scientists use to capture and record interactions, behaviors, and other information about marine species and their habitats in and around Hawaii. 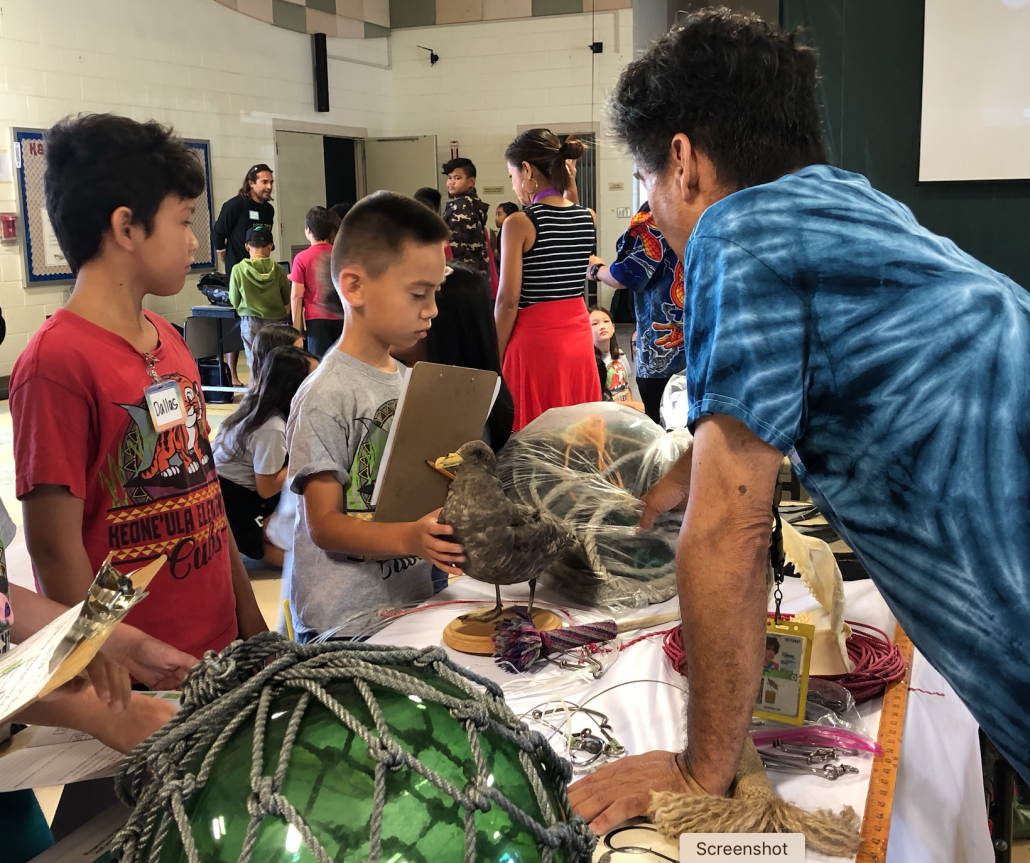 The biggest hit was Erin’s ocean safety suit demonstration – as part of at-sea survival training, Lynker marine scientists like Erin must be able to put on these life-saving suits in less than one minute. Everyone at the event will definitely need more practice!

Erin said, “I basically explained my job as a Lynker observer. It was a blast!” Lynker believes it is never too early to inspire the next generation of marine scientists! 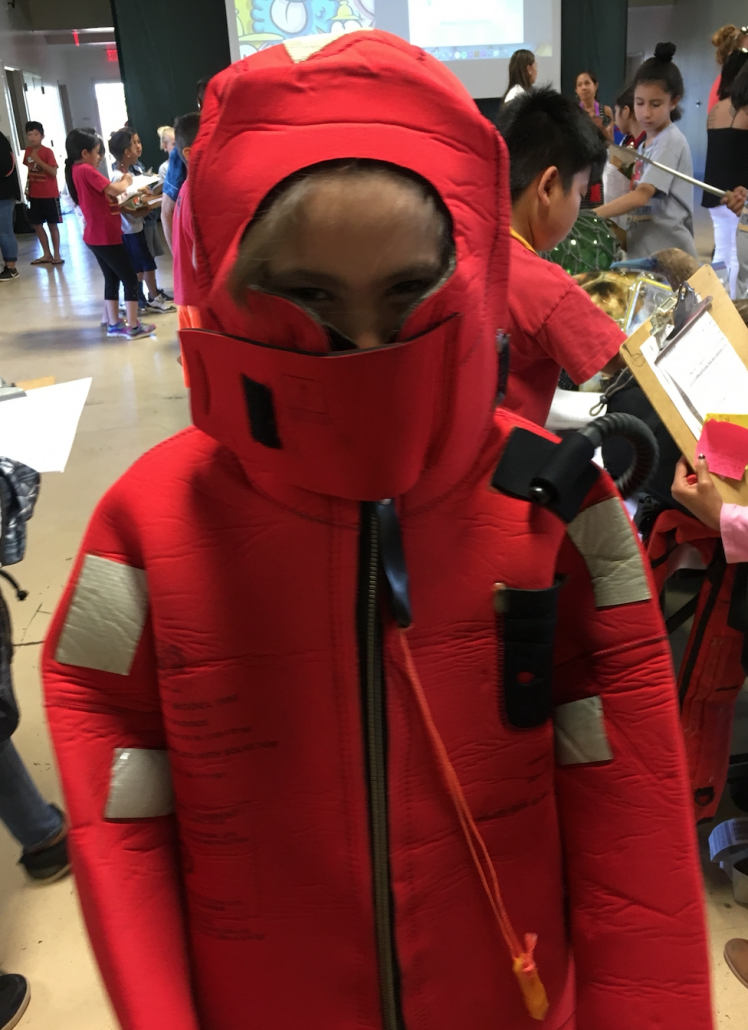