Llandegfedd Reservoir is an off-channel reservoir operated by Welsh Water, located in Wales, United Kingdom. The reservoir is filled by pumping from the nearby River Usk and was operated to maintain full storage throughout the year, to maximize water supply availability. However, Welsh Water was interested in changing the reservoir operating rules to allow for more water in the river throughout the year, thus improving fish habitat and fishing conditions within the River Usk. Members of the Lynker team built a reservoir operations model to include inflows from the River Usk, pump station capacity, pipeline capacity, inflows from the local watershed, evaporation and precipitation, as well as releases (demands) from the reservoir. The reservoir model was designed using CRAM, which is a water allocation model, built as an add-in to Microsoft Excel. CRAM uses the out-of-kilter algorithm to efficiently compute the optimal distribution of water within a system. The Llandegfedd Reservoir system was optimized using the genetic algorithm add-in included with Microsoft Excel. This allowed for the optimization of the Llandegfedd Reservoir guide curve (normal reservoir pool elevation) subject to inflows, outflows and other system constraints.

The historical data for the River Usk was limited to 39 years of daily data, which was not long enough for a comprehensive system analysis, including the more stressful periods of drought. Therefore, a nonparametric stochastic daily streamflow model was developed using the k-nearest neighbor (KNN) algorithm, to extend the historical dataset and properly validate the optimized reservoir guide curve. The historical data set of 39 years of daily flow data was used to develop 500 simulations each 39 years in length that preserved the statistics of the original flow data. 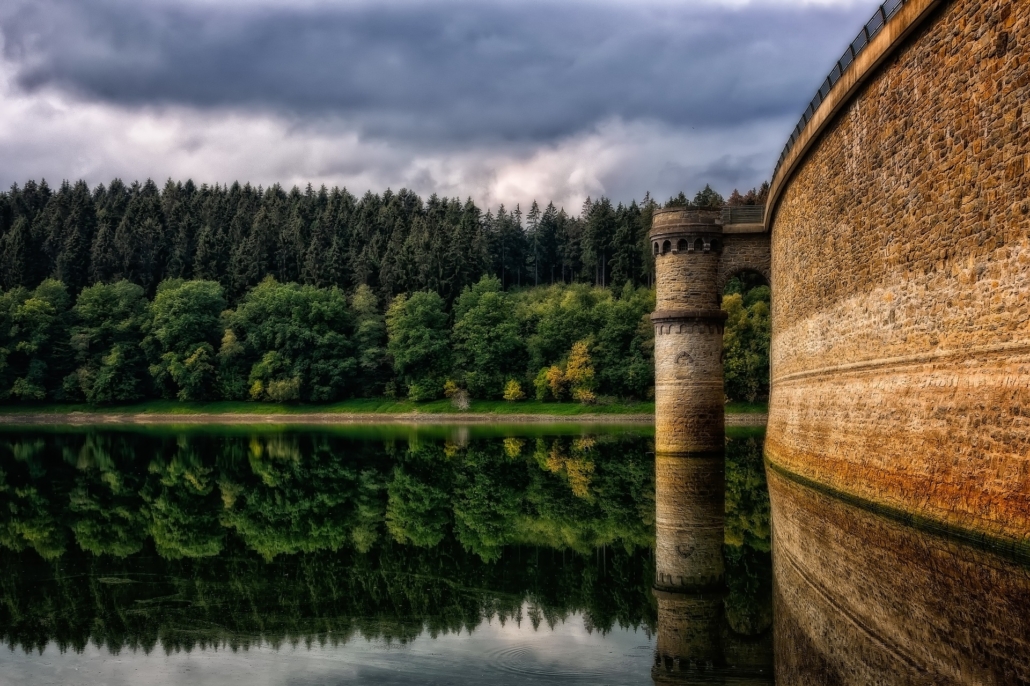