In the past two decades, Colorado has experienced wildfires, sustained droughts, and intense flood events – natural hazards that have had significant impacts on the Colorado economy. The State of Colorado recognizes that these hazards can be exacerbated as climate change intensifies the severity of events, and a growing population puts more people into harm’s way. In response, the Colorado Department of Public Safety, in collaboration with the Colorado Water Conservation Board and FEMA, commissioned a statewide assessment of current and future risks from flood, drought, and wildfire. 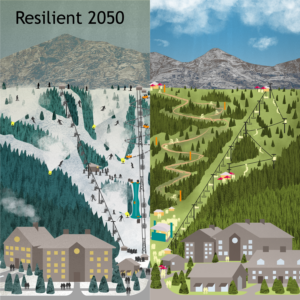 The project expresses risk in terms of monetary impacts to select sectors of the Colorado economy, including private housing, public infrastructure, agriculture, and tourism. The information assembled can be used to stimulate the implementation of smart adaptation strategies and policy frameworks that strengthen vulnerable sectors in a rapidly changing environment. The analysis, led by Lynker Technologies, takes a probabilistic approach to quantify and monetize current risks in terms of expected annual damage (EAD). Models of each sector’s vulnerability to flood, drought, or wildfire were run with future climate and population conditions to estimate how those expected damages might change by the year 2050. For flooding and wildfire, the impacts to commercial buildings, residential buildings, and infrastructure are similar to the types of impacts that Hazus is designed to quantify and follow the Hazus methodologies closely. For drought, the monetary impacts focused on reduced economic output from agriculture and recreation.

As a semi-arid, headwater state with terrain ranging from the High Plains to Rocky Mountains, Colorado is exposed to major economic impacts from floods, droughts, and wildfires. Recent events such as the 2013 flood, the 2002 drought, and 2012 wildfire season are examples of the physical magnitude and economic damages such hazards can exact. These extreme events are becoming more severe and potentially more frequent as global climate dynamics change regional patterns. 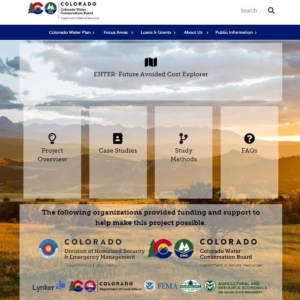 Researchers expect floods to increase in severity, droughts to deepen and become more spatially expansive, and wildfire seasons to become longer with more acres burned in a warming climate. In addition, Colorado’s growing population is projected to reach between 7.7 and 9.3 million by 2050. With more residents comes greater natural hazard exposure if floodplain margins become developed, agricultural land shrinks, and the number of people in the wildland urban interface increases.

The first step to understanding and preparing for these events is to assess the possible risks—both now and in the future. This is done by quantifying the difference in economic costs between historic relationships and modeled future scenarios. Tasked by the Colorado Department of Public Safety to perform such an analysis, the objective of this project is to estimate the expected costs of floods, droughts, and wildfires to a selection of economic sectors under historic and future climate and population scenarios.

These sectors varied by the hazard being examined. For flooding, we evaluated impacts to buildings and bridges. For drought, we examined agricultural—crops and cattle—and outdoor recreation—skiing and rafting—impacts. For wildfire, we again analyzed buildings and also computed the cost of suppression, which is the amount the state spends to fight and extinguish ongoing fires. In total, we analyzed eight sectors, all of which have experienced observed economic damages in the tens of millions to billions of dollars due to natural hazards.

View and explore the FACE: Hazards dashboards to understand how changes in global climate patterns can lead to more frequent and intense hazards in Colorado.