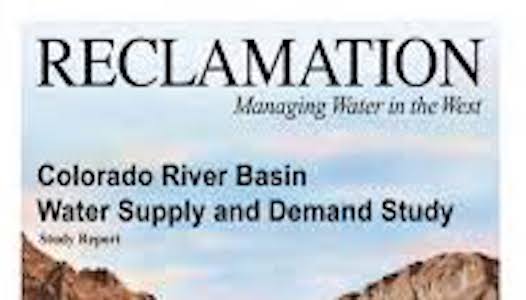 The Colorado River Water Availability Study (CRWAS) was commissioned by the Colorado Water Conservation Board (CWCB) to study the changes in water supply and demand moving into the future. The first phase of the work was completed in 2012; and a second phase was completed in 2015. An important component of the study was analyzing the impacts of climate change on future streamflow for the Colorado River (CRWAS Phase I) and later the entire state (CRWAS Phase II). CRWAS Phase I utilized statistically downscaled GCM outputs in the Coupled Model Intercomparison Project 3 (CMIP3) archive, which included 112 projections of future model forcings (temperature and precipitation) from different models and initial conditions. The “Delta” approach was used to map changes derived from the GCM outputs onto historical daily weather to develop projected weather forcings. Baseline conditions (historical weather) and projected weather were used to force the Variable Infiltration Capacity (VIC) hydrologic model. Comparison of VIC outputs for these two cases gives changes in runoff that were mapped to historical natural flows through a second application of the Delta approach. The use of the Delta approach reduced model bias (from the GCMs and the VIC model) and allowed the work to be based on long-term historical records with which the project stakeholders are familiar and comfortable.

An innovative approach was used to combine change signals for future weather with variability informed by long term (1,200-year-long) records of flows reconstructed from tree rings. The current Phase II effort has updated the results of Phase I to include GCM outputs from 97 projections in the CMIP5 climate change projection archive (a total of 209 runs), and to develop a new and superior approach to developing a small set of planning scenarios. CRWAS Phase II outputs have been provided in a ⅛-degree grid and at the 10-digit Hydrologic Unit (USGS HU), so as to provide readily-accessible climate change data for localized watersheds.